Best known for their original filter straw, which received loads of attention for its gimmick of allowing you to suck water directly from shady-looking puddles (not exactly sure who wants to do this or why), LifeStraw have since evolved as a company, now producing a wide range of filtering products.

These include their refillable Go water bottles and a home water pitcher that earned a spot in our review of the year’s best home filters. Here’s an in-depth look at the LifeStraw brand, and each of the three main LifeStraw filter products. 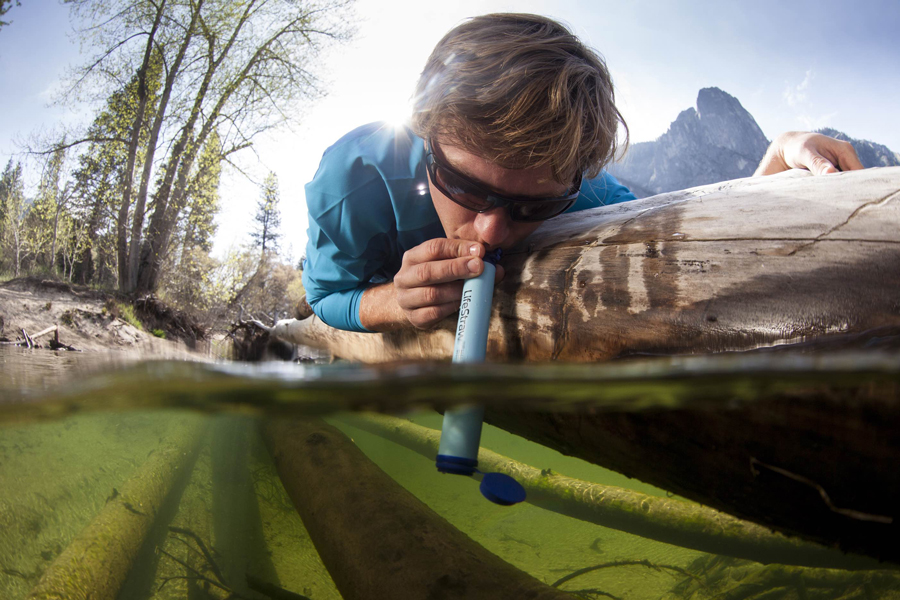 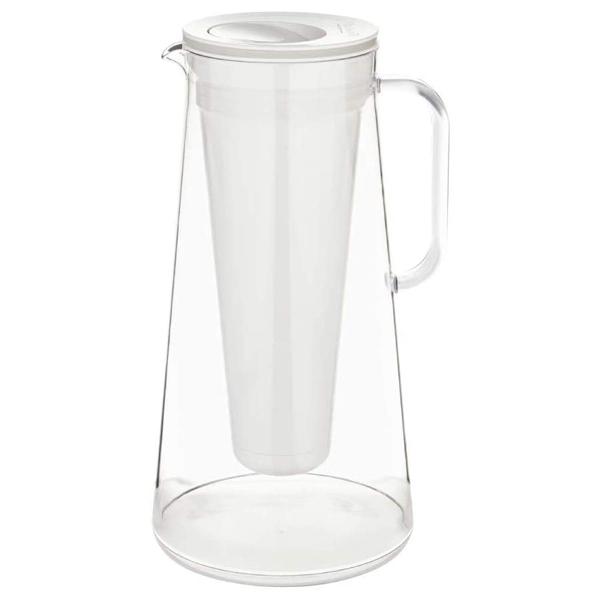 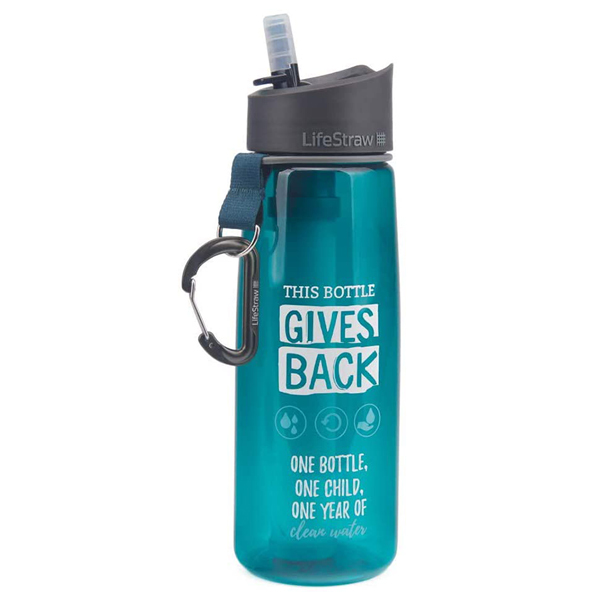 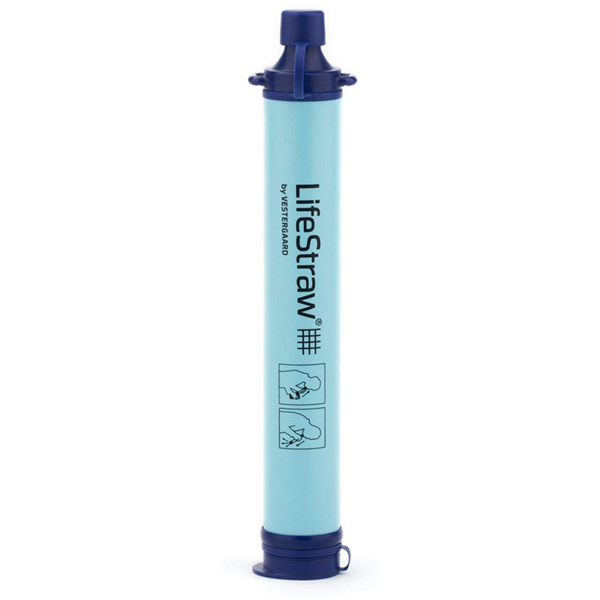 See how LifeStraw compares to other portable filter brands in our review of the Best Water Filter Pitchers of 2021.

Now a separate company in their own right, LifeStraw began as a project within the company Vestergaard, a leader in fighting the global war against diseases impacting vulnerable populations around the world. In 2005, Vestergaard produced the first LifeStraw from their previous innovations in filters to combat water-borne diseases.

Since then, the LifeStraw has been widely adopted among developing communities, as well as those across the world who spend lots of time outdoors. Recently LifeStraw has launched several product ranges that take their filtering technology, and adapt it for the consumer market in developed countries.

Despite their widening focus, LifeStraw remains committed to improving access to clean water around the world, with their Give Back program. This involves a dedicated LifeStraw team, along with volunteers, implementing sustainable infrastructure planning, training, and education in vulnerable communities. As of 2018, the LifeStraw Give Back program had reached over two million children in need.

Unlike many home filters, LifeStraw purifies water using membrane microfilters—a mainstay of the outdoor gear market. LifeStraw membranes use hollow fiber technology, small straws with microscopic pores of 0.2 microns in diameter. At this size, water molecules are able to pass through the pores while the vast majority of contaminants, including bacteria, microplastics, and sediment are trapped by the microfilter.

LifeStraw’s pitcher comes in a bunch of options, including a glass container, which we think is one of the best-looking pitcher filters around. There are also several colorways to complement your countertops or kitchen decor, and all models come in both 7 and 10 cup capacities.

One thing to note: If you’re interested in the glass version of the LifeStraw home as a no-plastic alternative to standard pitcher filters, this probably isn’t’ the product for you. While the aesthetics of the glass pitcher are great, the section housing the LifeStraw filter remains constructed from plastic, so filtered water can still come into contact with a plastic surface when the filter is especially full.

The LifeStraw home combines three types of filtering to produce a best-in-class pitcher, which is capable of removing nasty tastes, smells, bacteria, microplastics, and other common harmful contaminants.

Alongside the micro membrane that catches contaminants over 0.2 microns in size, an activated carbon filter is used to adsorb organic (carbon-based) chemicals such as chlorine. Added to these two stages is an ion exchange resin. This filtering process removes ions dissolved in water (including heavy metals like lead) by exchanging them for non-harmful ions bound to the filter fibers, as the water passes through.

LifeStraw’s three-stage filtering process makes it unique among the pitcher filters we’ve looked at, in that it’s the only model able to reduce or remove PFAS. PFAS are an emerging drinking water contaminant in the US, often derived from industrial foams as well as many household chemicals found in food packaging and stain repellents.

LifeStraw sets different lifespans for the different elements of their filtering system, which may cause annoyance for some users. Their Membrane Microfilter is estimated to last up to 264 gallons, or 1 year of regular use in areas where water isn’t especially hard or contaminated. The activated carbon and ion exchange component of the filter has a much shorter shelf life, at approximately 40 gallons, or 2 months.

Further complicating the filter replacement process for the LifeStraw is the fact that the pitcher contains no filter indicator, and that replacement filters may be more difficult to source than other cartridges from more mainstream brands. One reviewer from Canada noted that they were only able to buy extra filters from the LifeStraw US website, costing them extra for shipping.

Lots of reviewers of the LifeStraw Home were big fans of this product’s design, with one describing it as “classic with a hint of the science lab.” At the same time, others found the glass version frustratingly thin, resulting in them having to be overly careful when using it.

Like their original product, the LifeStraw Go is designed to provide protection from water-borne bacteria and common chemicals for those on the move. Unlike the straw design, however, the Go eliminates the inconvenience of only being able to drink from nearby water, or else carrying a separate container of contaminated water around from which to sip from. Instead, the go uses an adapted version of the original LifeStraw within a BPA-free plastic container, so that users can simply fill up from a water source and then treat the container like a regular bottle of water.

The Go has a 2-stage filter, including LifeStraw’s 0.2 micron membrane and an activated carbon cartridge, which will reduce nasty odors and chlorine. It’s in these portable models that LifeStraw’s technology really comes into its own, being able to remove 99.9999% of waterborne bacteria and 99.9% of waterborne protozoan parasites, without the need for further treatment with chemicals.

The Lifestraw Go won’t protect you from waterborne viruses, however, the risk of viral infection outside of known risk areas is considered low.

Again, different lifespans for each stage of filtering makes the process for replacing the filtering element in the LifeStraw Go slightly frustrating. According to the brand, the activated charcoal will filter up to 25 gallons for correcting taste, smell, organic chemicals. The microfiltration membrane will filter up to 1,000 gallons for the serious stuff. If used on a daily basis, Lifestraw recommends changing the whole filter every three months.

While the LifeStraw Go is not certified, it is tested to NSF 42, and P231, which certifies products for use as Microbiological Water Purifiers.

This is the original LifeStraw, which at just 2 ounces in weight, provides safe, fast-flowing drinking water in an ultralight package. Its innovative straw design relies on the drinker to suck water through the micro membrane filter, which means that, while you only need the straw, it does require a level of suction that many users have found uncomfortable or annoying.

As the OG LifeStraw product, this filter just contains the brand’s patented 0.2 micron microfilter. As a result, it’s not really designed to be used on water sources that contain chemicals such as chlorine, which should be filtered using activated charcoal or other methods.

LifeStraw recommends replacing this filter after every 1,000 gallons. However, that number may change depending on the quality of water filtered.

LifeStraw is tested against NSF standards 42 and P231, but it is not NSF certified.

One thing to note: The LifeStraw has been used as a critical public health tool in many developing countries, and judging by the Amazon ratings, it’s also widely popular across the US. However, take a trip to any backcountry campsite across the country, and you’ll rarely. if ever, see one actually being used.

This is because the LifeStraw requires the drinker to either place their face uncomfortably near a water source, or to collect contaminated water in a separate container, before drinking from it with the straw. While this is perfectly possible, and used as a solution by many, there are many other filter products out there (including the LIfeStraw Go) which combine a filter with a water container.

There’s no doubt that LifeStraw has improved access to safe water for millions around the world with their tried-and-tested microfilter membrane technology. Now that they’ve transitioned into the home filter market, that focus on filtering power remains, with their pitcher and water bottle using multiple filtering stages. This means that LifeStraw’s home products provide some of the most comprehensive filtering power around.

On the downside, the inclusion of different filtering mechanisms results in different lifespans for different aspects of the filter system, which we think could become a little annoying. We’ve also seen reports of replacement cartridges being more costly/more difficult to source than other, more established home filter brands.

Check out the latest price of the LifeStraw Home now.

CleanCoolWater aims to provide accurate, honest product recommendations, based on the best available information. Despite our best efforts, data and products are subject to change, and may have been updated since this page was posted. Always check with manufacturers for the most up-to-date product information.