The First World; A Water Whore 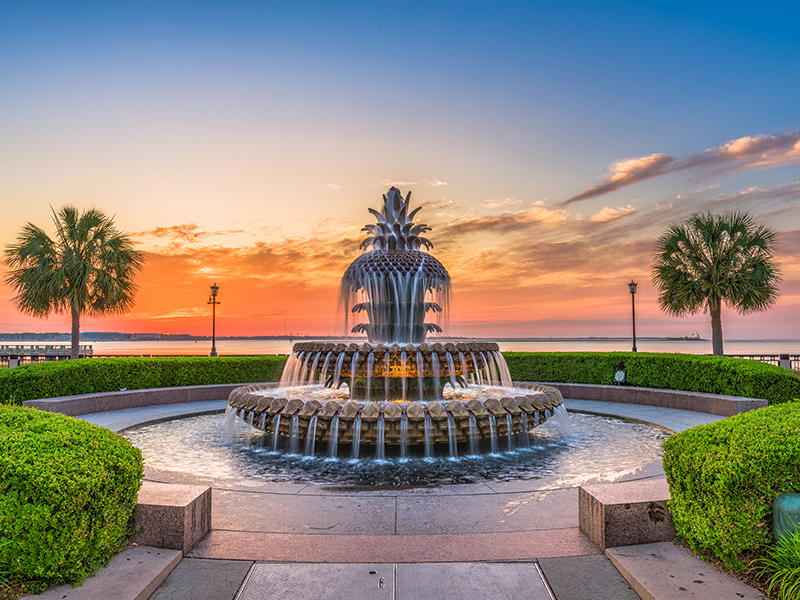 I grew up in a small South African town. After apartheid ended and people of color could move around more freely, my family had the fortune of being able to live a little closer to the city. We went from a freestanding home in a tightly knit community, to a multi-cultural apartment complex in a rapidly industrializing zone. All 10 year old me could think about was how exciting my new ‘white’ privileges were. Yeah, colonisation did a number on us.

I got accepted into a good school, one that had a swimming pool and french classes. Even though the pool was green, and hardly used, boy did I feel progressive. I remember the day the famous golden arches opened their doors to us… I’d only ever eaten spicy food, I didn’t even like burgers, but there I was saving up money all semester to grab cheeseburgers with my new friends. We were so cool. So hip. So First World.

Those inoffensive little burgers cost more fresh water, grain and land than my friends and I had ever seen. But we knew very little about what our American dreams actually meant.

It’s not news that the Third World looks to the First for inspiration on how to progress, and aid in times of crisis.

In the wake of a global freshwater scarcity, we turn to the same place. The UN has directly been addressing the issue for years, and for that, I have deep gratitude. They’ve managed to steadily increase basic human development indicators in countries like South Africa, but growing populations with developing aspirations come with their own set of challenges.

At least the First World is in a stable enough position to address issues around unsustainable water management practices, related economic pressure, and the impact of climate change on our global freshwater scarcity. Sidenote – the First World has greater access to natural resources – and I’m not just talking about the ones exploited during colonisation. Canada, for example, has about 7% of the world’s supply of renewable freshwater but has less than 0.5% of the world’s population.

This is a major socio-economic privilege; and with your great power comes great responsibility.

According to the UN; the average person needs between 5.3 to 13.2 gallons of water to satisfy their daily drinking, domestic, and sanitation needs. Now let’s put our water consumption into perspective:

Right now, if everyone on the planet had the domestic water habits of the average North American or European; we would need the freshwater supply of about 3 Earths to sustain us.

And that’s an interesting phrase, ‘water habits’ – how conscious are we about our engagement with this finite resource when we have easy access to it? The EPA estimates that an American home wastes over 10 000 gallons of water per year (and that’s just from average household leaks in toilets and pipes – not even those bashfully branded half-drunk plastic water bottles polluting beaches).

That figure doesn’t even factor water waste through virtual consumption by supporting industries that use exorbitant amounts of water throughout their agricultural, industrial and production processes. Like my little Third World self saved up to support. On a global level, agriculture and industry draw on 70% and 19% of our freshwater sources respectively. And I know we need to farm to eat, but come on, we have to learn to do this more sustainably so we can teach others to do so too.

Our ever-expanding global population cultivates an unnatural balance of competing commercial demands on natural water resources – the more we use, the more we seem to need – slowly turning any kind of excessive water waste into an environmental and human rights violation when we consider the aspirational images projected into water-stressed Third World economies.

Sure, global freshwater sources are renewable, but for us to maintain sustainable levels of water per capita, our freshwater replenishment rate must be higher than our rate of consumption. So we can’t be drawing more water than nature is able to provide. And by we, I mean all of us.

Despite a decline in overall US water withdrawals between 2005 and 2015, the country still has the highest per capita water consumption in the world. And even though some corporates have caved to water-wise pressure over time, there is still much work to be done.

As consumers and personal withdrawers ourselves, aren’t we breaking some sort of social contract by not holding wasteful selves more accountable?

Did you know that your refreshing little bottle of water actually uses more water in its plastic bottle production process than you’re actually sipping in the end product?

Yeap. And that waste pairs horrendously with the harmful environmental effects of single-use plastic on macro and micro water pollution. For the most part, First World tap water is relatively safe to drink, but if you’re Erin Brockoviched the hell up, then just get your own water filter. This Clean Cool Water filter guide will help you compare a few options. See, tiny intentional choices could make you a better role model.

And how about that juicy little sirloin? Did you know that it takes over 1000 gallons of water to reach your plate? Seriously, the average cow needs to consume around 1300 kg of grain and 7200 kg of roughage for a period of 3 years before it produces around 200 kg of beef. When you consider the water needed for that amount of grain (grain that could very well sustain human life itself), the water needed for farming maintenance, and a thirsty cow’s water needs – your steak’s water worth equates to about 6 months of showers!

Now, I’m not trying to guilt trip you for enjoying meat, but I am suggesting that we all adopt a sense of consciousness about our various forms of personal water consumption – even ones that are less tangible, and especially when we live in seasons of abundance. Those meat-free Mondays have more of an impact than you think.

I have some family and friends who live in rural and semi-rural parts of Africa, and let me tell you; safe drinking water and good hygiene significantly improves community health (especially during times of crisis), increases school attendance (girls get to stay in school with dignity when it’s that time of month), and empowers families to find ways to lift themselves out of poverty.

If you’re a feminist humanitarian like me – yes, the First World taught me good things too – you’d be pleased to know that Canada recently assisted a few cool global water initiatives. Trump’s administration also put together a comprehensive Global Water Strategy in 2017, and has since offered immediate relief with long-term developmental support to vulnerable Middle-Eastern and African water infrastructures – okay, so he did one good thing. A drop in the ocean of what needs to be done, but it’s a conscious effort with potential for longevity.

And there are many other First World countries and non-profit organizations bringing safe drinking water to developing countries. If you’d like to contribute in this way, this top 10 initiative list from Donorbox could come in handy.

If you’d also like to apply your mind to the cause, have a look at this Global Citizen piece for some inspiration on how simple ideas are being combined with technology to help developing countries purify water and empower locals. Genius is often born out of adversity.

It’s not all about money – some developing governments have squandered water management funds available to them (cough, cough; South Africa) – so you’ll want to look out for credible projects that refresh both resources, education and perspective.

Like the world I grew up in, many developing regions are rapidly industrializing. It’s common to see this with thin or unregulated waste management, which will naturally create huge problems later on (yes, even for you in the First World when the not so freshwater moves).

Environmental contamination from waste mismanagement is an intercontinental issue.

Enhancing the life cycle of waste, as well as reducing water, soil and air contamination requires regulation from local authorities and buy-in from international stakeholders. You know, those millionaire playboys who should probably be drawing up more sustainable water and waste management solutions for their underpaid Third World factories, yeah, those guys.

Now That You Know Better

Maya Angelo’s; ‘Now that you know better, do better,’ has resonated with me for years. I’ve found grace in these words when I’ve made mistakes, or when I’ve received new information about something I thought I already understood.

A shift in consumption doesn’t have to be all that radical.

For a start, you could take an honest introspective look at your consumer choices and touch points with water. Domestic water use grew 600% over the past 50 years so surely individual habits count. Even if it’s small behavioral tweaks like, turning the tap off while brushing your teeth, or doing one meat-free dinner a week – consistent water conservation choices can move mountains like a gentle stream; small but of great impact over time.

You could also look out for industries that promote water conservation and invite their products into your day to day life. There are tons of tiny upgrades you could do around your home to make it more water efficient too. Installing water-efficient fixtures and appliances save around 20% of your usual water consumption. Forbes also offers a few great ideas here.

Since leaking toilets and pipes waste the most water, you should take care of leaks as fast as possible. A great way to be proactive about the health of your water pipes would be to install a home water filter to keep corrosive stuff out of your pipes (and out of your body if you’re planning to kick the bottled water habit).

Every drop saved reduces the ripple of our wasteful consumption.

Maybe your nosey neighbor will learn a thing or two from watching you… Humans are curious beings, especially the young ones, and those who look to the First World as the destination of progressive hope. I know a girl who did, and still does. So will you stop teaching her the ways of a water whore?

About the Author: Elodie Venece