How Much Chlorine is in Tap Water?

That’s right, in many places across the globe, tap water contains small amounts of chlorine to ensure disinfection.  But what is the reason behind this practice, how much chlorine is actually in regular tap water, and how safe is it to drink?

Turns out, very low levels of chlorine are added to tap water to maintain the cleanliness of our drinking water, and thus help keep us in good health.  But there are also important health trade-offs to keep in mind when drinking chlorinated water, especially in high concentrations.

In this article, our goal is to go over the details of chlorination in tap water to give you all the information you need.

What is Chlorination, and Why Do We Do It?

While at first glance, adding chemicals like chlorine to water might seem precarious, in low doses they are able to mix into the water and spread throughout, resulting in safe levels to drink that can still kill germs.

Water suppliers add chlorine at their treatment plants (or other water supply station), and it is carried with the water as it moves from the distribution system and into your tap.  This is one advantage of using chlorine over other disinfectants like ozone or ultraviolet light – they don’t keep the water clean once it enters the distribution system.  As a result, some chlorination is usually necessary even if water is treated with ozone or UV light.

In the U.S., chlorination was first used in 1908 in Jersey City, New Jersey, and by 1995 about 65% of all community water systems used some process of chlorination in their water.  When chlorination was adopted, communities saw large reductions in infant mortality and water borne infections like cholera.  Today, the vast majority of communities use chlorine to disinfect their drinking water. 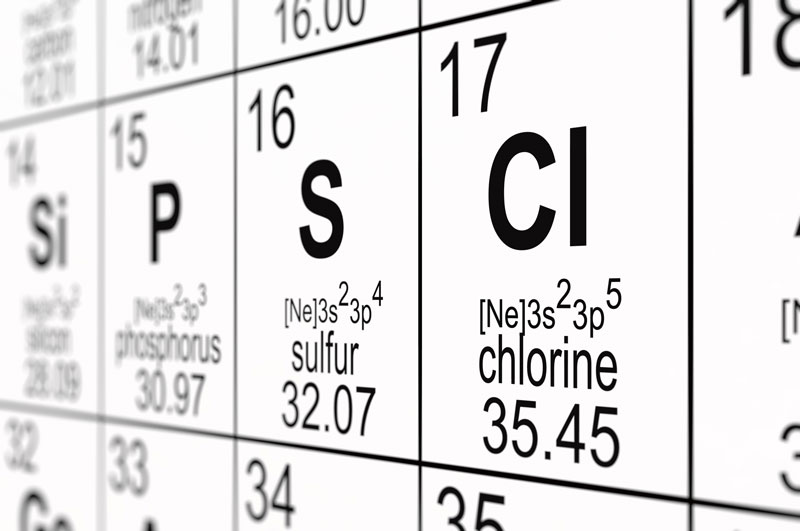 What are Safe Levels of Chlorine?

According to the U.S. Centre for Disease Control, chlorine levels up to 4 milligrams/Litre (or 4 parts per million) are safe for human consumption.  At this level, no harmful effects on health are likely to occur.  Similarly, the World Health Organization (WHO) advises that chlorine levels up to 5mg/Litre are safe and acceptable.

For comparison, most cities and towns in North America that use chlorination have levels of 2 mg/Litre or less.  You can likely look up the chlorine concentration in your community online, or by contacting your local water supplier or health authority.

In fact, the existing studies done on the effects of chlorination in tap water have concluded that small amounts are both safe for drinking and effective at preventing outbreaks of waterborne diseases like legionella (a type of bacterial infection).

Are There Any Other Effects of Chlorinated Water?

Concentrations above 4 or 5mg/Litre may still be safe to drink, but can have a noticeably different taste and smell when compared to untreated water.  For those who have a negative reaction to taste and smell, this may be a problem.

Additionally, some water sources may contain organic material (like leaves or decomposing plants), which when mixed with chlorine can react and produce harmful chlorine byproducts like trihalomethanes (THMs) and haloacetic acids (HAAs).

Troublingly, some studies have linked consuming high doses of these byproducts over long periods of time to certain cancers.  Notably, animal lab and human studies showed a link between byproduct consumption and bladder and colon cancer.

While not conclusive in their own right, these studies have led leading health organizations around the world, like the WHO, to recognize that chlorination by-products like THMs may be a possible cause of cancer.  However, the WTO concludes that “the risks to health from these by-products are extremely small in comparison with the risks associated with inadequate [water] disinfection.”

Rest assured that the EPA in the U.S. (and similar regulatory bodies elsewhere) do regulate concentrations of chlorine by-products in water in order to minimize cancer risk as much as possible.  However, it may give you pause to drink chlorinated water without additional filtration in light of any existing risk.