The most common water contaminants that a water filter prevents

There are several different types of water filter design on the market, from the cheap and traditional pitcher to more luxurious under-sink models. But when it comes to the exact filtering mechanism inside these designs, most use a similar approach and provide a similar level of filtering power.

Let’s take a look at how most filters remove bad tastes and pollutants from tap water, and the most common water contaminants that these filters prevent.

Chances are that your home water filter uses some form of activated carbon to remove pollutants from your drinking water.

Carbon (usually charcoal, coal, peat, nutshells, or even coconut husks) becomes ‘activated’ via a heating and chemical oxidation process, creating hundreds of thousands of small pockets or bubbles on the carbon’s surface. This dramatically ups surface area, giving a single gram of activated carbon a mind-bending surface area of over five-hundred square meters (or 35 acres per pound!) According to Science Direct, increasing surface area increases carbon’s ‘van der Waals’ force, which pulls soluble materials from a solution and onto the surface of the filter.

Simply by altering the structure of carbon, filters are thereby able to attract matter dissolved in your tap water, for as long the carbon remains porous (usually a few months). Purists can even make their own activated carbon, by burning wood or other dense plant material, grinding it, and mixing it with calcium chloride or lemon juice.

By the same mechanism, activated carbon can also be used to remove bad smells and pollutants from the air, as a natural clay facial masque, or as a dietary supplement.

What contaminants does activated carbon remove?

Activated carbon filters are most effective at removing organic compounds for water—that is, compounds that are themselves composed partly of carbon. For example, you can rely on a carbon filter to remove chlorinated solvents, pesticides, and select heavy metals such as lead and mercury, according to this explainer from the Water Quality Association.

Organic compounds like chlorine and sediments are normally those responsible for harmless yet unpleasant tastes and smells in your water supply, making carbon filters perfect for improving the quality of pre-treated, pre-certified water sources.

Certain chemicals, such as iron and nitrate, are not attracted to the carbon. This means that an activated carbon filter alone won’t do anything to remove them. Basic carbon filters are also insufficient for filtering microbial materials, including small bacteria and viruses, hard water minerals, and fluoride.

Instead of making use of the adsorption principle, a reverse osmosis filter applies pressure on tap water to force it through a series of extremely fine, semi-permeable membranes—capable of removing super-small contaminants from your water supply.

This is effectively the natural process of osmosis, except in reverse. Without the application of external force, solutes move from a less to denser state, seeking to reach equilibrium across a membrane. RO filters create the opposite dynamic.

RO filters are the only sure-fire home water filter system for effective removal of bacteria. Importantly, there are other ways to remove bacteria than by filtering, such as by boiling, adding chemicals such as chlorine or iodine, or ultraviolet purification (see below). However, if you’re set on filtering as your method of choice, reverse osmosis is the treatment to go for.

Beyond bacteria, RO filters can take out most residual chemicals from a water source—including minerals such as magnesium and calcium, which you may actually want to keep for their health benefits.

However, reverse osmosis and distillers are not effective at removing hydrogen sulfide and other smell-causing chemicals, or some particularly small viruses. For this reason, RO systems normally also include a carbon-filtering stage. 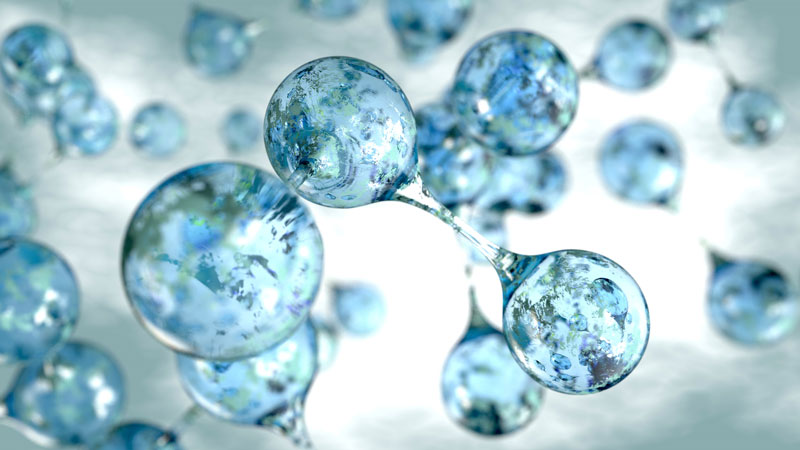 Unlike the other treatments listed in this post, UV mechanisms don’t filter. Instead, they increase the safety of water by destroying disease-causing organisms existing in the water at a cellular level.

Ultraviolet radiation is an energy band within the electromagnetic spectrum, which gives it the same disruptive powers as micro or X rays. This means that UV can perform the function of chlorine and other chemicals, without the bad-tasting or questionable environmental side effects.

What contaminants does UV purifying remove?

As described, UV treatment is not a filtering process, so it doesn’t actually remove material from the water supply. For this reason, while UV will render common waterborne parasites inactive like giardia, E-coli, and cryptosporidium, as well as algae, the process won’t combat the presence of bad-tasting chemicals or sediments.

Only a few filters have holes small enough to remove viruses with a diameter smaller than 0.1 microns. This includes UV and Reverse Osmosis mechanisms.

Remember that the universally accepted way to totally remove viruses and microbes from an untreated water source remains boiling for +3 minutes and adding a disinfectant.

Read the label on your prospective filter to see if it is NSF-certified. If it is, you can search NSF’s database to learn more about what a particular model is certified to protect you against. Labels on water filters also typically state the contaminants that are reduced, which can help to guide your choice.

Here’s a quick-view table based on a resource from the EPA on the basic contaminants that each filter/purify can deal with:

About the Author: Joe Hitchcock

Joe is a freelance writer from Vancouver, Canada. He writes across various industries and media outlets, providing readers with the very best info on the web.