What Effect Does Carbon Dioxide Have On Tap Water

Ever heard that there may be a little carbon dioxide in your water?  It might sound odd, because we usually think of carbon dioxide as a gas that humans produce when they exhale, or one of the pollutants responsible for global climate change.

But yes, it is possible for carbon dioxide to be added to water, either naturally or intentionally by humans.  But why does this happen, and what effect does it produce in the water?  This article will answer exactly those questions.

How Does Carbon Dioxide Get Into Water?

One way that carbon dioxide ends up in liquid form in water is through rainfall. As precipitation occurs, the liquid water passes through air (where there are carbon dioxide traces) and absorbs some of the present gases.

Groundwater also picks up small amounts of carbon dioxide as it flows through organic compounds like decaying plants.

The carbon dioxide in the water becomes carbon acid, which can cause corrosion to some plumbing systems if not neutralized. Luckily, neutralizing carbonic acid is relatively easy, and can be done by running the water through a filter with limestone chips. In many cases, the carbonic acid in water gets neutralized naturally, especially in places where it passes through limestone rock formations.

Nonetheless, there is growing concern over levels of carbon dioxide in drinking and tap water as more and more carbon dioxide gets dumped into the earth’s atmosphere.

How Does Carbon Dioxide Affect Water?

According to a recent study, total capture of carbon dioxide in drinking water worldwide does not currently represent a threat to human health, but also notes that water that has excessive acidity levels has been associated with erosion of teeth and bones, as well as digestive issues. It can also be corrosive, as mentioned above.

What’s more, excessive carbon dioxide in water has the potential to harm other living creatures on Earth, besides humans. A study of North American oceans details how carbon dioxide can be released into the oceans by water pollution, which can cause unwanted acidity. Too much ocean acidity can adversely affect fish and shellfish populations.

Read: Everything you need to know about carbon filtering. 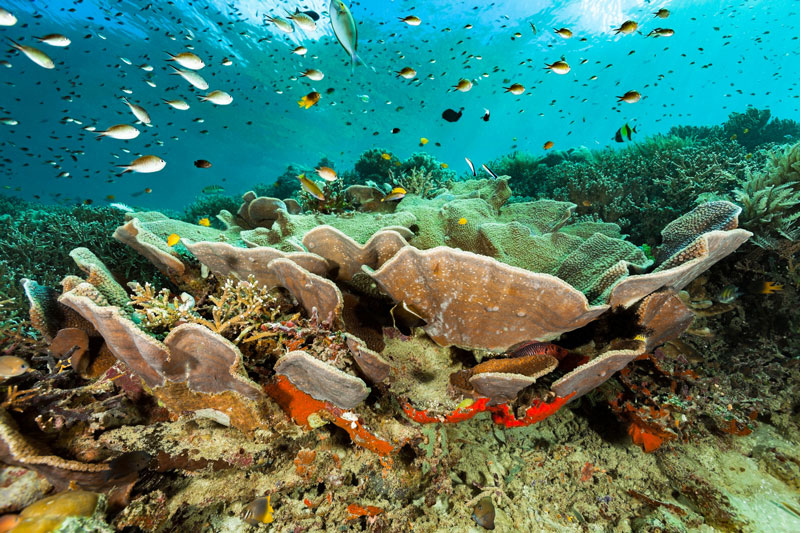 If you’ve been wondering about the interaction between carbon dioxide and drinking water, you’ve now got some answers. On a chemical level, carbon dioxide increases water acidity. In the bigger picture, although current levels of carbon dioxide in drinking water aren’t yet a health concern, there is increasing worry about monitoring these levels and how they might grow to be dangerous in the future.

Read: Which Water Filter Removes the Most Contaminants? How to Choose the Best Filter in 5 Steps.